A rash of mass shootings in the past few years, especially in schools, have put school administrators at a conundrum. The problem is that they need to make schools safer for children without making them look like maximum-security prisons. Schools must be, first and foremost, places for learning where young people would feel inspired to learn. Extreme security measures will instead turn that feeling off and replace it with dread.
Enter a theory called crime prevention through environmental design (CPTED). An architect, Oscar Newman, originally envisioned defensible spaces that make landscaping itself work to prevent crime. These involve manipulating the original design of an area to make it less prone to crime. The tenets of CPTED include natural surveillance with clear lines of sight, the use of barriers and reinforcement, target hardening (making a building harder to break into), and access control, among others. In Utah, any general contractor will know how to apply these to new construction, which can be useful for schools.

Some CPTED strategies for schools include:

Sandy Hook, the site of a school shooting in 2012, was redesigned to use these strategies in mind. It now sits on a raised ground, which allows teachers and security personnel to have a more commanding view of anyone who approaches the school grounds. The new campus also made use of landscaping to “funnel” visitors to areas where school employees can mount a resistance. The strategic design of parking lots, drop-off zones, and access areas, such as over footbridges and a mix of ponds and wetlands (acting as moats in medieval times), makes it more difficult for a shooter to enter the school without challenge. This means having plenty of clear windows, usually one-way, so anyone inside the school can see outside and identify threats in advance.

Hallways can also be redesigned under this concept. Some schools are exploring the idea to make hallways wider, more well-lit, and higher. Such corridors provide a collaborative learning environment and make security officers have a clear line of sight to everyone moving through the hallway.

Access control means having what the military calls a “choke point.” This allows administrators to monitor anyone who enters the school and keep intruders out in case of emergencies and can provide proper measures should numbers invade the building. It doesn’t mean, however, that there is only one way out of the school. One-way doors (leading out) can also be installed in areas far from the campus itself, which school employees can be trained to lead children out of in emergencies. The idea is to make one entrance only, but multiple means of egress.

Some schools even have a vestibule or lobby inside the front door, where you would have to check in before you can proceed to the rest of the school. This further makes access into the school even harder for would-be shooters. 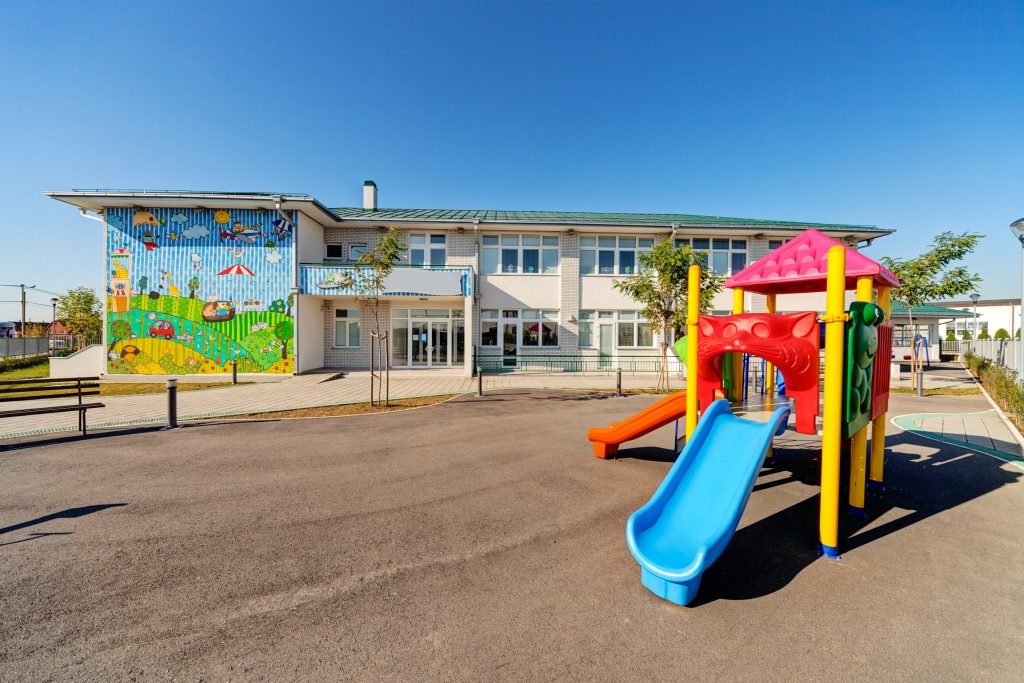 Similar to the above point, zoning breaks the school into areas that are separated by reinforced, bulletproof doors or dividers. Zones can be locked off as needed, which can be controlled centrally but can be overridden with controls for that zone. Zoning also advocates the use of multiple layers of zoning, so even if an intruder gets past the main entrance, they would have a hard time going through the school because of the lockdown. Safe rooms also work under this strategy, but classrooms can also be retrofitted to be impregnable in times of crisis.

CPTED is found to reduce crimes, according to tests. Adopting these strategies in school construction and renovation can save countless children’s lives when an active shooting does happen.